The Legend – Jimmy Page – The Profile 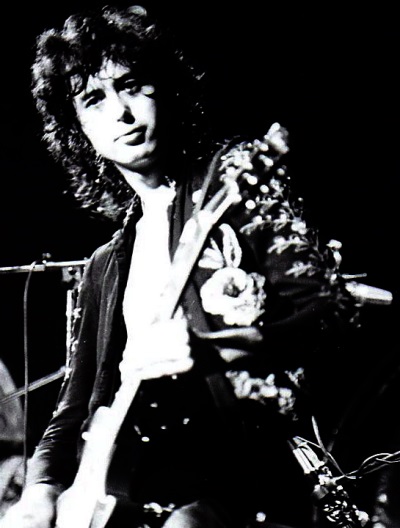 James Patrick Page or more popularly known as Jimmy Page, is the founder of the popular rock band, Led Zeppelin. He was born on January 9, 1944 in Heston, England. He was first asked to join the band called The Yardbirds in 1965 but after three years, he formed Led Zeppelin himself. This band has become one of the best and most successful bands of all time.

Jimmy Page was always inspired with Elvis Presley’s work, particularly the song “Baby Let’s Play House.” This inspired little Jimmy to take up the guitar when he was 13. Not long after, Neil Christian & The Crusaders discovered his talent and asked him to tour with the group. He did for a while but had to leave the tour due to sickness.

After that gig, Jimmy went to art school and returned to music. By then, he was already a producer and session musician who had the privilege of working with the best of the best in the rock era at that time including the Who, Rolling Stones and the Kinks.

Until 1966, the Yardbirds had two guitarists until Beck left due to health reasons. By 1967, the album Little Games didn’t have as much success as their earlier albums and by 1968, they disbanded. However, Page formed the New Yardbirds with John Paul Jones and Robert Plant to play the remaining concert dates for the original Yardbirds.

The New Yardbirds renamed their band as Led Zeppelin and started playing in the U.S. as an opening act for Vanilla Fudge. Led Zeppelin released the Led Zeppelin I, their first album but it received mixed reviews. John Mendelsohn from Rolling Stones Magazine said that Page is a great guitarist but lacks the ability to produce and write great songs. Although critics weren’t too happy with the album, it is undeniable that the album showcased Page’s proficient skills as a guitarist.

Because of this, the band continued to have a strong following of fans who love hard rock and metal. In 1969, the second album named Led Zeppelin II was released and immediately positioned itself in the #4 spot on the charts. Page still wrote the music for most of the songs but Plant was the main lyricist of the band.

Every rock star has a secret weapon and that’s their guitar. It is no surprise that to make great guitar riffs and instrumentals, having the best quality guitar around surely helps. And with Jimmy Page is one of the best guitarists of all time, there’s much interest with the equipment he used.

Throughout making the first and second Led Zeppelin album, Page used the Gibson Les Paul guitar. It came with a Marshall amplification and it was sold to him by Joe Walsh. For the 3rd and 4th album, Page used a Harmony Sovereign H-1260. While recording the Stairway to Heaven, Page made use of a Fender Telecaster. Also, Page used a Danelectro 3021 for his live performances of the song Kashmir. 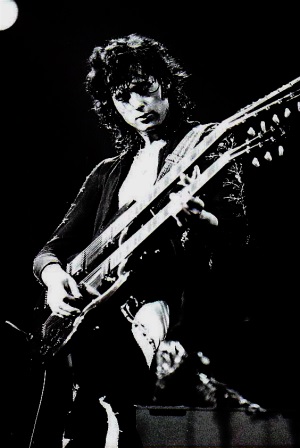 Jimmy Page called his partner “My Lady.” She is Charlotte Martin and is the mother of their daughter Scarlet Page who was born in 1971. Today, Scarlet is a photographer. Jimmy and Charlotte were together from 1970 to 1983. By 1986, Jimmy married Patricia Ecker. They had a son, James Patrick Page III who was born in April 1988.

Things didn’t work out for the couple and Page moved on to marry Jimena Gomez-Paratcha. They had two children, Zofia Jade and Ashen Josan. Page adopted Jimena’s oldest daughter. The couple got divorced in 2008.

Page has a passion for Burges architecture which led him to buy Richard Harris’ home in1972. He loved the extravagant designs of the Burges architecture. In 1980, Page bought the Mill House, Windsor and Mill Lane. This was where Michael Caine, popular actor, once resided. Sadly, this is also the place where band mate John Bonham died in 1980.

In 2012, the Sunday Times Rich List estimated Page’s assets to be worth around 75 million GBP. Among the previously mentioned, he also has homes in Berkshire (Deanery Garden), Sonning, and Plumpton Place. The last two homes were designed by Edwin Lutyens and both were owned by Edward Hudson (Country Life Magazine owner).

Jimmy Page admitted to recreational drug use in 1970. He said that taking drugs was an integral part of his music career. In 1975, Page was known to be taking heroin even during their recording sessions. It was said that Page became addicted to the drug at that time and this addiction was affecting his guitar performances already.

By 1977, the addiction became apparent when Page started to lose weight dramatically. His addiction also affected his dynamics with fellow band mate Plant. He was frequently absent during recording sessions.

In 1980, Page said that he is off heroine and cocaine. He goes on to say that he didn’t regret taking the drugs at all as it helped him record the songs In Through and Out Door and Presence in just three weeks.

Further, Jimmy Page had an interest in the occult and this was very visible in their fourth album. The album cover showed four occult symbols. He even embroidered the symbols on this clothing. In the early 1970s, Page owned an occult bookshop named the Equinox Booksellers and Publishers in London.

Jimmy Page is an all-time great but he worked hard to get his name up there. It is important to note that Page wouldn’t have been given career opportunities if he really weren’t a master of his craft. As mentioned, he started at the age of 13 and he was very inspired. If you are just as passionate as he is, you have what you need to be a great guitarist yourself. Chase your dreams, good luck!