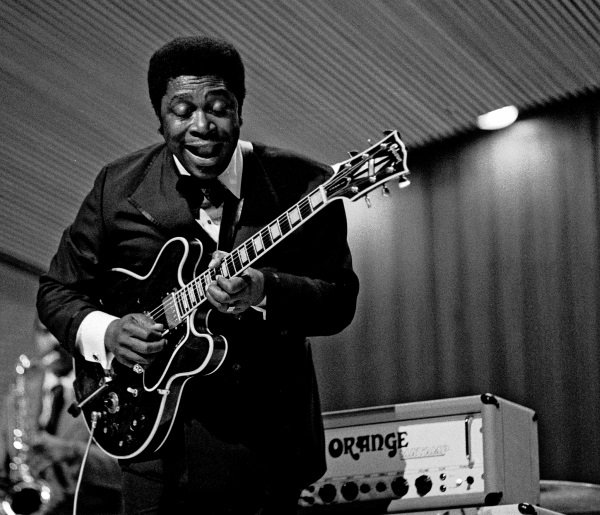 B.B. King loves blues and he is very well known for his exceptional skills in playing the guitar, songwriting and singing. Until today, B.B. King is still active in the music scene and his story is an inspiration for every single guitar (and blues) enthusiast out there.

His full name is Riley B. King . He is a guitarist, singer and songwriter from Mississippi. He was born on September 16, 1925.

B.B. King started as a disk jockey after he served in the World War II. As a Mississippi DJ, he was called “The Beale Street Blues Boy.” Given that the dubbed name was too long, it was shortened to “B.B.” From then on, B.B. King created records after records, won 14 Grammy awards, worked with world famous artists and played thousands of live shows.

B.B. King showcased to the world how beautiful blues is. He started recording back in the 1940s; he has more than 50 albums to date. B.B. King started playing on street corners where he would get dimes from people passing by, but believe it or not, he would play four towns a night.

As he got more popular, he pursued his music career in 1947. He went to Memphis, TN due to its large and supportive musical community. Memphis was a place where a big part of African American music was found. There, he stayed with Bukka White, his cousin. Bukka educated B.B. King further about the blues.

B.B. King’s first breakthrough happened when he played on Sonny Boy Williamson’s radio program in 1948. After that, he was booked for a steady gig in Sixteenth Avenue Grill and then a 10-minute spot on WDIA, a Memphis radio station, called King’s Spot.

King’s Spot was a hit and WDIA expanded to the Sepia Swing Club. At that time, he was still called the Beale Street Blues Boy but it wasn’t catchy enough. He shortened it to Blues Boy King and just became B.B. King.

B.B. King and his band were able to play a whopping number of 342 nights. They were playing in the country dance halls, small-town cafes, rock palaces, juke joints, concert halls, amphitheaters, resort hotels, universities and any other possible place where they could enjoy the blues. It wasn’t long when B.B. King wasn’t only a national sensation, but an international one as well. And he has been for over 40 years running.

Introduction to the White Audience

At this time, sad to say, African Americans and the white Americans had a gap. Let’s just say, the black Americans would listen to a different kind of music than that of the white community. It was only in 1968 when B.B. King’s music was introduced to the white audience. B.B. King played at the Newport Folk Festival and Bill Graham’s Fillmore West together with other modern rock artists of that time. It was eye-opening. Rolling Stones chose B.B. King and his band in 1969 to open 18 American concerts including those of Tina Turner, Ike and other popular musicians.

B.B. King was very busy in the 80s and 90s. In 1984, he was inducted in the Blues Foundation Hall of Fame and in 1987, in the Rock and Roll Hall of Fame. In the same year, he was given the NARAS’ Lifetime Achievement Grammy Award. 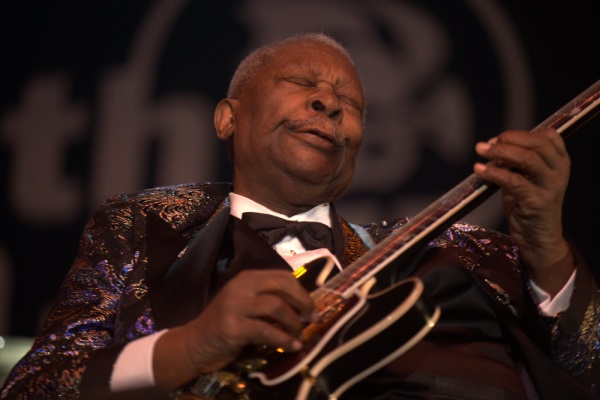 B.B. King’s greatest hits are considered classics and these songs are expected to be played in every concert. Here they are:

“Water from the white fountain didn’t taste any better than from the black fountain,” such words have never been more powerful. Music knows no color, it doesn’t care if you’re black or white. Music encompasses race, gender and nationality. It brings people closer together, it brings the world closer together.

B.B. King was not only an example of a successful African American artist who came from very humble beginnings. Needless to say, he is an inspiration for aspiring musicians and an inspiration in bridging racial differences all over the world. If you’re still a beginner guitarist, don’t just play the guitar because you love it. Think about how your skills can help impact the people around you and maybe, the world too.