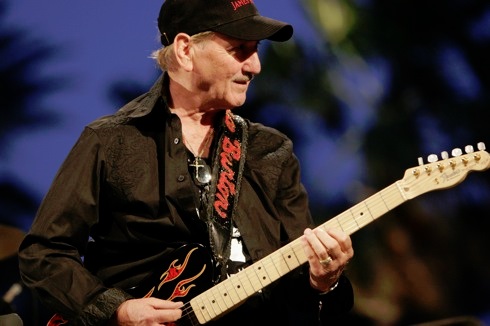 Today, we will talk about the great guitarist James Burton. His early life, career, accomplishments and anything that has helped cement his name in Rock N’ Roll history.

James Burton was born on August 21, 1939 in Dubberly, Louisiana. He is 74 years old and is still active in his music career today. His genres of music are Rock N’ Roll, Country Rock, Country and Rockabilly. He uses two major instruments, the guitar and the dobro. He started his career in 1952. 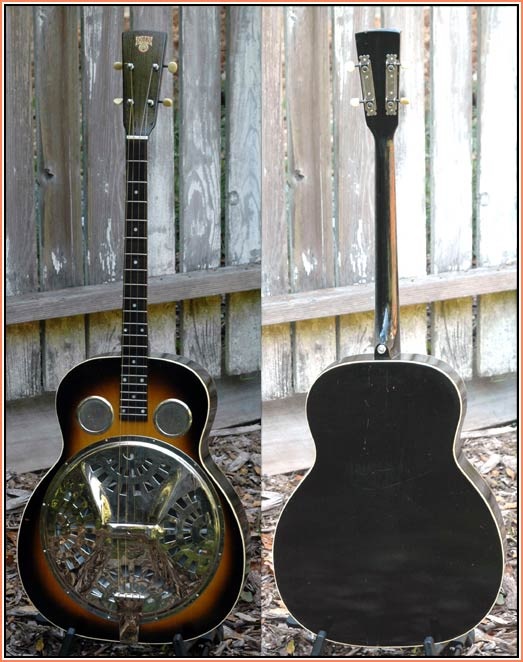 James Burton is the son of Guy M. Burton and Lola Poland. His wife is Louise Burton. He has been given the recognition of “Master of the Telecaster.”

Burton developed his love for the guitar at a very early age. By age 13, he was a semi-professional guitarist already. By age 14, Burton was hired as a staff member of a band in Louisiana that played in a show called Louisiana Hayride.

During his teenage years, Burton decided to go to Los Angeles to be a part of Ricky Nelson’s band. This was the time that Burton was able to make recordings of his own. He was a session musician and was able to play guitar solos on different records. One of which made the Rock and Roll Hall of Fame’s 500 Songs That Shaped Rock and Roll – Dale Hawkin’s Susie Q (1957).

It was obvious that Burton truly had an exceptional talent in playing the guitar. It is no surprise that he was able to start his career quite early. And not only that, but he also became a part of popular bands and played alongside the greatest musicians of all time.

While in Rick Nelson’s band, Burton was the lead guitarist from 1958 to 1967. But before he left the band in 1967, Burton was able to work with Shindig (TV program) in 1965. This was a good break for Burton as the show gave him tons of exposure that paved the way for several recording sessions with different popular musicians at that time. Even though he was just a sideman, the exposure and experience he got was invaluable.

Growing in popularity, Bob Dylan offered him to join his touring band. But Burton had to decline due to the amount of work load he had. In addition, he also declined the offer to lay on the Elvis TV special in 1968.

When he left Rick Nelson’s band in 1967, Burton had the opportunity to work with Buffalo Springfield. But this time, he played the dobro for Springfield’s song “A Child’s Claim to Fame” from the album Again. Although quite a small contribution from Burton, it is essential to know that this album went multiple platinum and Burton was a part of it.

You might not believe that he turned down the job offer for Elvis’ show, but maybe it wasn’t the right time… yet. In 1969, Elvis Presley, again, invited Burton to join him in Las Vegas for a show. And this time Burton accepted. He played with Presley until 1977 when Presley died.

Indeed, he played with the King of Rock and Roll and even had the privilege to earn an exhortation from the great one himself. “Play it, James” is what Elvis would usually say to introduce Burton’s guitar solos. Just thinking about it can give you goosebumps.

For his unforgettable guitar solos with the King, he first played his red Telecaster and changed it to a pink paisley custom telecaster. At first, he was unsure if Elvis would like the new guitar but the King did and he played with it in every Elvis show.

Burton’s career was in full swing. Not only was he playing with Elvis, he was also the first member of Emmylou Harris’ touring band. But when Presley was ready to tour again, Burton had to stick with Presley. Until 1977, before Presley died, Burton was offered to play in John Denver’s TV special.

Denver liked Burton’s work and asked him if he was interested in touring with him in Europe. Burton said that he was still touring with Presley but if he is free, he would go with him. When Presley died, Burton had the time to collaborate with Denver and as a result, the I Want to Live album was born. From then on, Burton and Denver have made 12 albums together in a span of 16 years. They also toured the world together.

Do you know what the secret to a great record is according to Burton? He says that it is teamwork. We quote

No one guy in the group is making it happen. It’s team playing.

And what can he say about guitar playing?

It’s not how much you play; it’s what you play and where you play it. It’s usually what you don’t play that makes it.

Looking at his story, you can say that Burton had it fairly easy compared to other popular musicians out there. His road to fame wasn’t full of challenges and personal struggles. Although we might not know the entire story of his life, what we can deter is this… James Burton knew what he wanted to do when he was still young. And even without any help, he taught himself to play the guitar. It was all about his passion and how he took action before the age of 15. He knew his talent, he knew he was good at it and he stuck to it.

We’re not saying that you have to start early to be a great guitarist. The point is if you have the passion and dedication, you will be great as well. So keep at it and continue what you’re doing, because someday, it might be your story that will inspire others.