The Man Who Started It All – Chuck Berry – The Profile

Chuck Berry once said “I made records for people who would buy them. No color, no ethnic, no political – I don’t want that, never did.” This songwriter’s, singer’s and guitarist’s music transcends age, race and culture, for which he plays a huge inspiration to all. Indeed, music is for everyone; it is made to be heard and appreciated by everyone. And Chuck Berry made sure this happened.

The Beginnings in St. Louis

Chuck’s parents, Henry and Martha Berry came from a family of slaves. They migrated to St. Louis from the rural South with the hopes of finding work and a better life. Times were hard during this time as it was still the World War II era. Fortunately, the move worked well for Chuck’s parents. Henry Berry became an industrious carpenter for the Antioch Baptist Church, while Martha Berry received a college education, a rare achievement for black women at that time.

When Chuck was born, the family lived in a middle-class (predominantly) black community at the north of St. Louis called the Ville neighborhood. The community was filled with black-owned businesses. The neighborhood was sharply segregated that Chuck only met a white man when he was already three years old.

At that time, Chuck didn’t know that white people existed. He thought the white people he saw were just frightened out of their wits which led to their skin turning pale as white. But of course, Henry Berry explained to his son that white people are real and their skin remains that way throughout the day. What an eye-opener for little Chuck. Little did he know that later on, he will be making music for black and white people alike.

Chuck as a child was very interested in a lot of things. He did carpentry work to help his father. He did some photography as his uncle was a professional photographer. But, his talent in music exuded early on. When he was six years old, he joined the church choir and began singing. 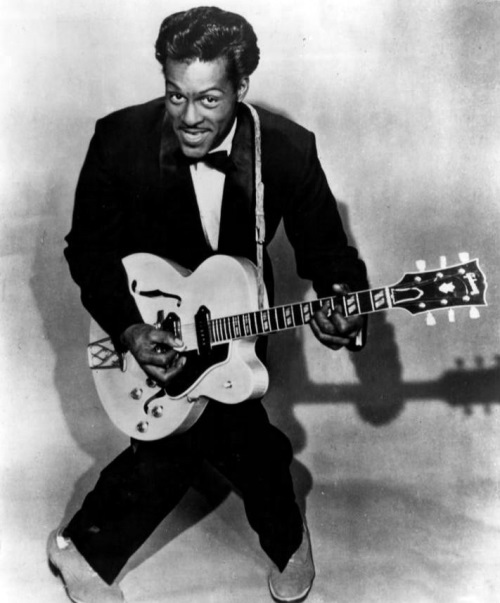 Chuck went to Summer High School, a prestigious private school in Mississippi and there, he showcased his musical talents in the annual talent show. He sang “Confessin’ the Blues” while a friend played guitar for him. The school’s administration wasn’t very keen on the words of the song but at that moment, they knew that Chuck was something special. His popularity in the school grew and it prompted him to learn to play guitar himself. He was taught by Ira Harris, a local jazz legend.

At such a young age, Chuck was already following his passion for music. However, Chuck had some growing up to do. When he reached high school, Chuck turned into a troublemaker. He didn’t want to study anymore and got fed up with the school’s strict discipline. At 17, Chuck and two of his friends went on a trip to California, which is also the time they dropped out of high school. Chuck just wanted to be free. Rather, what he got was something far worst.

On the trip, they arrived at Kansas City and the boys found a pistol in a parking lot. They saw this as an opportunity to be mischievous. They robbed a bakery, a barbershop, a clothing store and stole a car. It wasn’t long when the police caught up with them and arrested them. The punishment for their crimes was 10 years imprisonment, even though the kids were first-time offenders and they were still minors.

Chuck and his friends were sent to the Intermediate Reformatory for Young Men, where Chuck served three years. When he was 21, he was released for good behavior. Chuck returned to St. Louis and worked for his father, who already had a construction business. He was also a janitor and a part-time photographer.

By 1948, life is good for Chuck. He met the love of his life, Themetta Suggs and they had four children. In 1951, Chuck went back to playing the guitar but this time, Tommy Stevens, a high school classmate, asked Chuck to join his band. The band started out playing in local black nightclubs. Chuck became a favorite for his outstanding showmanship.

After a year, Chuck met a local jazz pianist named Jonnie Johnson. He decided to join his band named the Sir John’s Trio. The band played at the upscale black nightclub, Cosmopolitan. During this time, the club was attracting white customers already.

His early career was more focused on pop, rhythm and blues types of music. But in the mid-1950s, that’s when Chuck started working on his rock ‘n’ roll. Chuck decided to go to Chicago to maybe, start a solo career for himself. There, he met Muddy Waters, a legendary blues musician. Muddy told Chuck to meet Chess Records, and so he did.

He was given a few weeks to write and record a song. The song’s name as “Maybellene” and after recording it, he took the song to Chess Records. The executives at Chess offered him a contract immediately and it was a great move.

“Maybellene” became No. 1 in the R&B charts and No.5 in the Pop charts in just months after he got his contract. Historians believed that “Maybellene” was the first-ever true rock ‘n’ roll song made. But Chuck was just beginning. He followed his first major hit with other rock ‘n’ roll songs like “Roll Over, Beethoven,” and “Too Much Monkey Business.”

Chuck’s music had an irresistible appeal among the young and old, white and black. His music was loved by young white adolescents as his songs were able to speak of universal youth themes. Chuck continued to make hit after hit. By late 1950s, he released “Johnny B. Goode,” “Carol,” and “Sweet Little Sixteen.” All made it to the top 10 of the charts. Chuck’s song broke through any racial division during this time and people just enjoyed and appreciated his music.

While Chuck’s music career was soaring high, it reached a downward slope due to a very unfortunate event. In 1959, he was arrested after allegations that he had sexual relations with a 14-year-old waitress who worked as a hat check girl at his club. Chuck spent 20 months in jail for that.

After his jail stint, Carl Perkins, a friend and partner to Chuck, said that Chuck was never the same. Although he went back to doing what he did best and even made hits like “Dear Dad,” “Nadine,” and “Promised Land,” Chuck wasn’t the same man anymore. He turned distant and cold, a far cry from the old easygoing Chuck he knew.

This downward slop cost Chuck plenty. He released a 1979 album called “Rock It” and got fair positive reviews. He started performing in the 1990s but sadly, Chuck never got his stage magic and energy back. 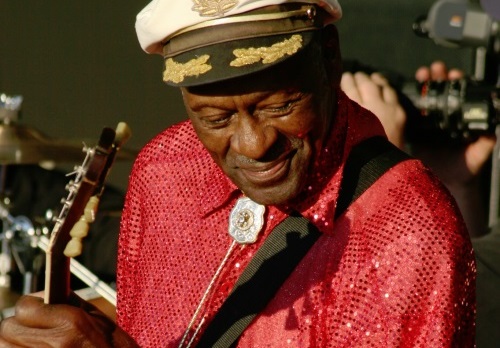 Regardless of his life’s ups and downs, Chuck Berry remains to be an influential figure in rock music. He was given the Grammy Lifetime Achievement Award in 1985 and was inducted into the Rock and Roll Hall of Fame in 1986.

Keith Richards, from the band the Rolling Stones was the one who introduced Chuck to the Rock and Roll Hall of Fame. And he described him best when he said “this is the man who started it all.”

What Does It Take to Become a Great Instrumentalist