Wes Montgomery was popularly known for his unique guitar playing skills. Truly one of the most memorable guitarists of all time. Let’s spend a while looking closely into this man’s life, career and how he influenced the music industry.

Wes Montgomery, whose real name was John Leslie Montgomery was born on March 6, 1923 in Indianapolis, Indiana, U.S. This is the same place he died due to a heart attack on June 15, 1968.

Wes Montgomery was influenced in music early on. He came from a family of jazz performers and instrumentalists. His brother Monk played electric bass and string bass, while Buddy played piano and vibraphone. What about Wes? He decided to play guitar in his teen years.

Wes wasn’t fond of reading music. Instead, he preferred to learn melodies and riffs through hearing. When he started playing the guitar, his inspiration was Charlie Christian; he was Wes’ idol. Wes listened to his recordings and learned from them. 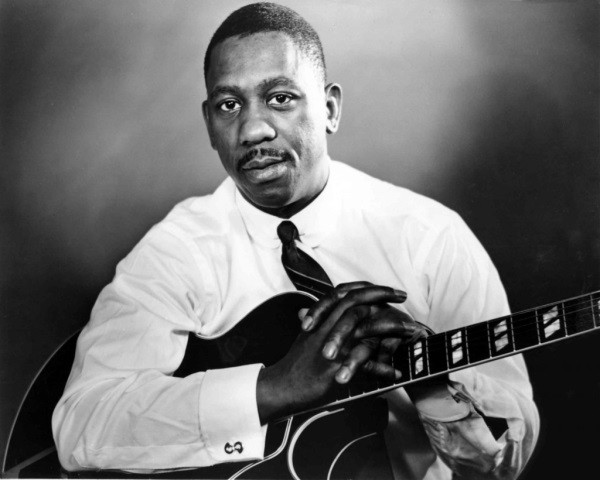 Wes Montgomery used different techniques in playing the guitar. The first was using octaves. This is a technique where you play the same note on two strings but it’s an octave apart. Wes was very much known for this technique. Another technique Wes was known for was called the single-line or single-note. And also, his block chord soloing.

His ability to play these techniques has something to do with how he plucked the strings of his guitar. Just so you know, Wes didn’t use any guitar picks. Rather, he used a fleshy part of his thumb to create the unique sound. What Wes did was use down strokes for the single notes and then use a mix of up strokes and down strokes for the octave and block chords.

Such techniques allowed Wes to create music that was mellow and very expressive (in his own way). Wes said in his Ultimate Wes Montgomery album that he had a corn on his thumb which enabled him to play that way and create the unique sounds. This is the major reason why no one can do what Wes did. And to top it all off, Wes’ thumb was double-jointed.

Wes’ career started around July 1948 when he started touring with Lionel Hampton’s orchestra. He toured with them for two years. By 1950, Wes returned to Indianapolis and stopped recording until 1957. But in December 1957, he joined a session with his brothers and Freddie Hubbard. The group released several recordings from 1957 to 1959.

From 1959, Wes moved to Riverside Records label and recorded for them until 1963. His records during this time were received by his fans very well. According to jazz historians, these records were his most influential and best ones. In 1960, Wes released the album The Incredible Jazz Guitar of Wes Montgomery, where he played together with Albert “Tootie” Heath, Percy Heath and Tommy Flanagan. This album featured one of his best compositions, Four on Six. During his time with Riverside Records label, Wes always played with a quartet or quintet. They played ballads and up tempo jazz.

By 1964, Wes moved on to play under Verve Records. He stayed there for two years, during which he recorded albums with a bigger group, an orchestra to be particular. It is also this time when Wes started shifting to pop music instead of playing the usual jazz tunes.

Later, he moved to A&M Records where he mostly recorded albums that were geared towards pop music. He released three albums from 1967 to 1968 under this label. Some of his most popular pop songs are Eleanor Rigby, I Say a Little Prayer for You and Scarborough Fair. LINK 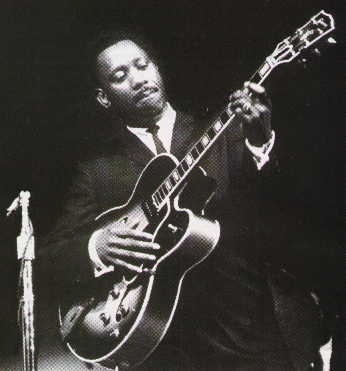 In Indianapolis, Indiana, his hometown named a park after him, to show recognition and to honor him for his musical influence and work. Further, current rock and jazz guitarists consider Wes as being a big influence, namely Carlos Santana, Joe Satriani, Lee Ritenour, George Benson and many more.

Wes is considered one of the most influential jazz guitarist and this is because his music was able to transcend different genres, from Rock N’ Roll to Soul and Rhythm and Blues. Even Stevie Wonder has written a musical tribute to Wes.

The Gear He Used

For most of his career, Wes Montgomery played the Gibson L-5 CES (cutaway electric Spanish). He played with this guitar exclusively since 1963. During this time, he didn’t care for any other equipment except his guitar. This Gibson guitar started being sold in 1922 and is still being sold until today. Even big bands love this rhythm guitar. Further, the L-5 is the first guitar with f-holes for Gibson.

As for the strings he used, he preferred using the Gibson HiFi Flatwound strings. He used strings .58 to .014. As for the amps, he used a couple of them. It seems like Wes wasn’t able to find the best amp he really wanted. He started with the Fender Super Reverb with a tube amp consisting of 4 10-inch speakers. Later on, he started using the Standel Super Custom XV amp. It had two channels. The amp features a JBL speaker and 70 watts RMS. After that, he used the Fender Twin Reverb.

Overall, Wes was a true guitar legend and every guitarist of today can surely learn a thing or two from him.

Why Is The Guitar The Most Popular Instrument