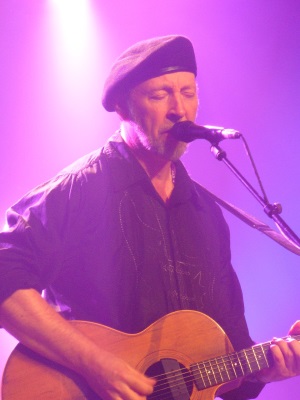 Richard Thompson is one of the most outstanding musicians and guitarists today. He has had a long career and is still quite active until today. He has worked with different talents and has received several awards for his guitar skills. Let’s get to know this man and his story.

Richard John Thompson was born on April 3, 1949 in West London, England. Richard is a guitarist, songwriter, recording musician and a performing musician. His debut happened in September 1967 at the Fairport Convention. Since then, he was committed to writing and recording new songs as well as performing live around the world.

Richard Thompson was influenced in music playing at an early age. His father was an amateur guitar player while some of his relatives play music professionally. Richard went to William Ellis School where he formed his band named Emil and the Detectives. His classmate, Hugh Cornwell was part of the band and became the lead singer and bass guitarist of the band The Stranglers.

The genre of music that Richard played in the beginning was rock and roll. However, he was also exposed to traditional Scottish music and jazz, which he often heard from his father’s record collection.

When Richard was 18 years old, he played at the Fairport Convention where he debuted. He played guitar and producer Joe Boyd took Richard under his wing from there. Boyd believed in Richard’s talent and signed him into his production and management company.

Joe Boyd was quoted saying that:

“And there was this group of very nice Muswell Hill grammar school boys and a girl playing American music. And then came the guitar solo and Richard just played the amazing solo… you know, an incredibly sophisticated little solo. And that really amazed me, the breadth of sophistication.”

After the show, Boyd asked the band to make a record under his label.

It was evident at that time that Richard was to become a great guitar player. Richard became popular for his guitar playing skills and then he started to write songs too. This was something new to Richard as his previous band did cover songs only.

In 1969, Richard’s talent as a songwriter was emerging. He is getting more popular as a guitar player and songwriter which was highlighted in his song “Meet on the Ledge.” This song was released in Fairport’s second album, What We Did On Your Holidays.

But by May of 1969, a tragedy happened. After a gig in Birmingham, the band’s van crashed and it killed their drummer and Richard’s girlfriend. The other band mates were injured. In 1971, Richard decided to leave Fairport Convention. He said that his decision was based on a gut feel, an instinct.

In April 1972, Richard was able to record and launch his first album named Henry the Human Fly. The album didn’t do so well and Richard was criticized by the press. This was the same time he met Linda Peters, soon to be his wife. Linda sang on his album and when they got married in October 1972, Linda took over his next album and career.

The product of this partnership led to the release of their first album in April 1974, I Want to See the Bright Lights Tonight. The critics liked the album but didn’t do as well in sales. Some say that the lyrics of the songs may have hindered the album from getting more sales. After this, Richard and Linda released two more albums in 1975, Hokey Pokey and Pour Down Like Silver. After that, Richard decided to take a break from the music business.

People used to believe that this break from the career is due to the couple’s preoccupation with the Sufi faith and that the three albums were heavily influenced with this Islam strand too. Also, Richard was seen wearing a turban which sort of confirmed it.

In 1977, Richard started to engage in this music career again. He went on a short tour and started recording again. This time, it was with a group of Sufis. He also asked Joe Boyd to produce some of his sessions. During this time, Richard admitted that he wasn’t confident in the musicians he was with. He said “It just didn’t seem to work.”

As a result, the Thompsons decided to make a record under their name. The album was named First Light and was released in 1979. However, their contract wasn’t renewed by Chrysalis Records.

In 1980, Gerry Rafferty called up the Thompsons to join him in his tour. He also wanted Richard to be a session player in is album Night Owl. Gerry went on to offer financing for the couple’s new album but they had a fall out later on. Gerry wasn’t happy with the final product but he did present the album to different record companies. There wasn’t a company interested at that time.

But by 1981, Joe Boyd signed the Thompsons under his new label and a new album was in the works Shoot Out the Lights. In 1982, the album was released and it did well in the U.S., the critics also liked it.

By 1983, the couple decided to separate professionally. So Richard went on to become a solo artist ad recorded Hand of Kindness. He was also regularly touring in the U.S. as he was deeply motivated with his successful solo shows. In 1983-1984, Richard toured the U.S. and Europe but with a band of saxophone players which introduced jazz in his music.

By 1985, Polygram signed him. He was newly married to Nancy Covey too. The album Small Town Romance was released this year. In 1986, his album Daring Adventures was released. In 1988, he worked under Capitol and released the album Amnesia.

In 1991, he recorded Rumor and Sigh. This was his second album under Capitol. By far, this was his most successful album yet as it was nominated for a Grammy. Richard continued to record under Capitol until 1999.

In 2001, Richard didn’t renew his contract with Capitol anymore.

In 2003, BBC made a documentary about Thompson’s career. It was entitled Solitary Life. This was also the time when Richard released two self-funded albums, The Old Kit Bag (2003) and Front Parlour Ballads (2005).

In 2010, Richard continued to record songs but this time, he preferred a live setting. His album Dream Attic, got a nod at the 2010 Grammy Award for Best Contemporary Folk Album.

In 2011, Richard was appointed as Officer of the Order of the British Empire. On July 2011, the University of Aberdeen awarded him an honorary doctorate.

Earlier this year (2013), Thompson launched his album Electric and it debuted in UK’s top 20. He also went on a tour to promote this album.

Other awards include the 1991 Orville H. Gibson Award for Best Acoustic Player and the 2006 Lifetime Achievement Award from BBC Radio. He also earned the Ivor Novello Award for his incredible songwriting.

Clearly, the road to success wasn’t easy for Richard. He had his share of ups and downs. But through his dedication and knowing what he wanted, he did it.

“Music is very elusive, it is so airy. It can lift your heart and take your imagination to extraordinary places… it was an incredible expression of their souls.”

Maybe this belief is what pushed Richard to continue striving for success.