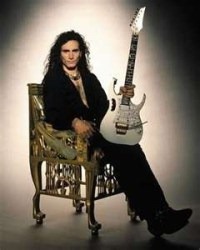 I’ve just had an idea. Why not publish a series here at LearnGuitar2.com that would present the best guitarists ever known to mankind and focus on things you can do to mimic them…

Of course, nothing beats hours spent practicing and getting your guitar mastery to the top level, but there still are some things you can do apart from that.

I mean things like: get the same guitar that your hero has, read books about them as well as books written by them personally, listen to their albums, even wear the same clothes (because why the hell not?).

I already published a profile of Steve Vai some time ago, so feel free to check it out. It will give you some basic background on who Steve is, and why he’s a legend in the world of guitar music.

You can also watch this video about Steve, that was played at the 27th Annual TEC Awards:

If you want to be just like Steve you should start by getting a proper guitar. Steve is responsible for designing the JEM series of Ibanez guitars. If you want one, I have some bad news – the prices start at around $2,000. 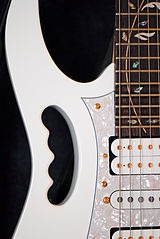 You can also get the Ibanez Universe, which is the first modern, commercial seven-string electric guitar, or the Ibanez Euphoria – an acoustic-electric signature model of Steve’s. 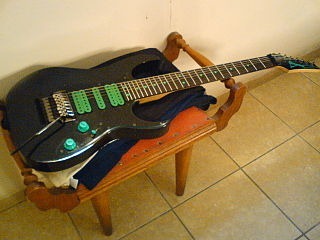 Unfortunately, Amazon doesn’t have these models on sale. At least, not in the buy-now option.

However, what you can get quite easily are various pedals that Steve uses. Here are some of the more popular:

Amazon is a cool place. Apart from the obvious equipment like guitars, pedals, and stuff, you can also find things like sheet music.

This post would not be complete without a list of Steve’s albums and releases. Every fan needs to have these in their collection:

One more thing. The new social network – Pinterest displays quite cool results if you do a search for “Steve Vai.” Check it out here: Steve Vai on Pinterest – lots of cool pictures and other info. And there’s also the official website at vai.com.

Imagine Your Guitar NEVER Going Out of Tune