B Major Guitar Scale – How to Play it

We’re getting closer to the final chapters of my guitar scales series. This time the B major guitar scale. It’s a simple one, but to be frank all basic guitar scales tend to be that way. There’s nothing really difficult. You can master any scale in a couple of hours.

On the image below you can see the standard pattern for the B major guitar scale. 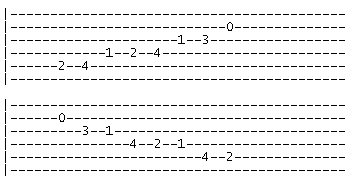 As you’d expect there’s a much cooler way of playing a B major scale. One which allows you to hit B sounds three times and can be moved up and down the fretboard easily, giving you a nice progression as you’re forced to switch you fingers back and forth. See for yourself:

Of course, there are many more possibilities of playing the B major scale. Here’s a video presenting another pattern:

If you want to learn more you can visit all-guitar-chords.com and get the full pattern for the B major scale (click here).

A Major Guitar Scale – How to Play it

Guitar Pull-Off Technique – How to Master It